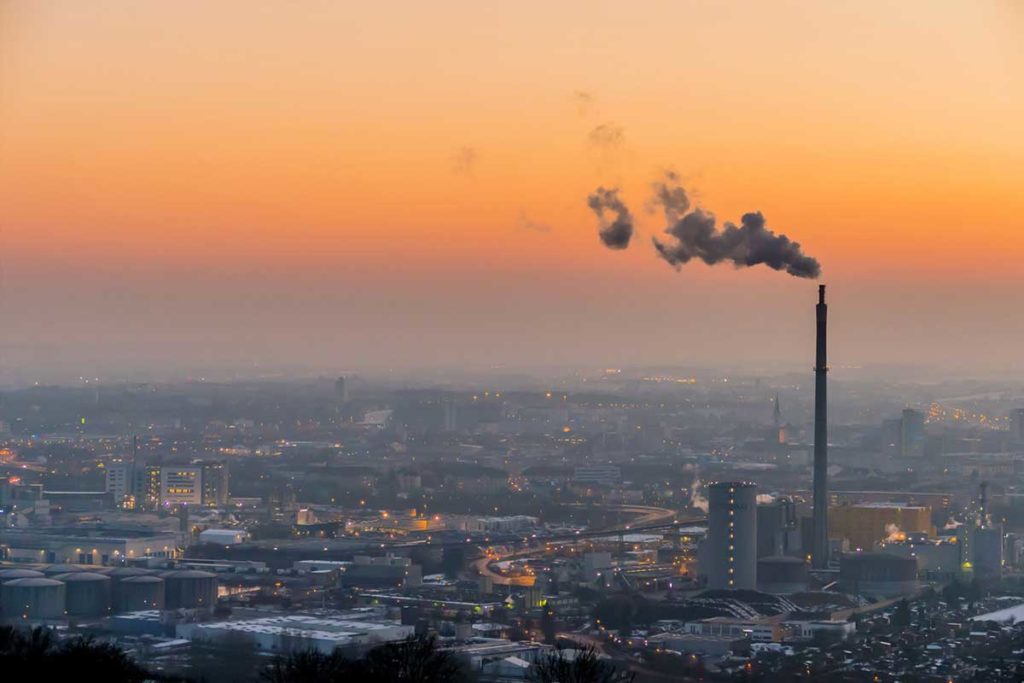 Air pollution represents one of the most important health risks that currently exist. It is estimated that environmental pollution by fine particulate matter (PM2.5) contribute to 4.2 million premature deaths worldwide during 2016 (source: World Health Organization, WHO).
These particles are especially dangerous because they can easily incorporated into organisms via inhalation when they are suspended in the air. In general, they are responsible for a large number of health problems, such as some cardiovascular and respiratory diseases, or different types of cancer. 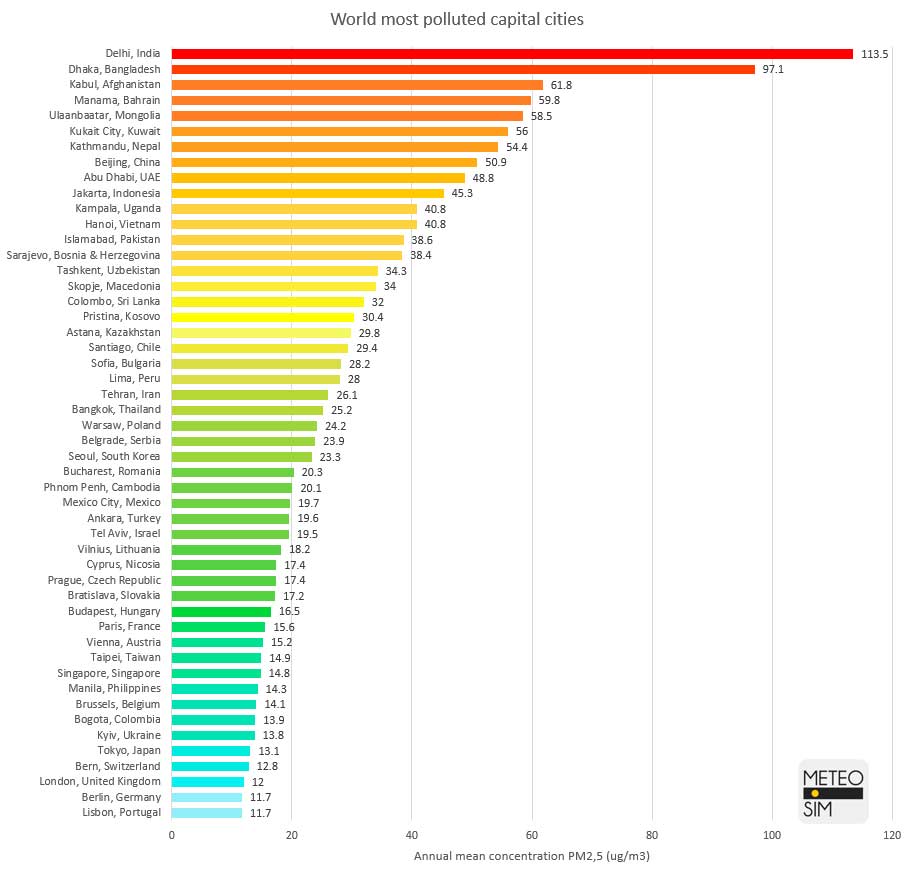 Despite the measures some countries are taking to improve the air quality, air pollution levels continue to be extremely high in many parts of the world, especially in areas with low economic levels. For example, in 2018, 25 of the 50 most polluted cities in the world are located in India, and 22 in China. In each one of them the 10 μg/m3 annual average recommended by WHO was exceeded for PM2,5. During 2018, the most polluted city in the world was Gurugram, in India, where the annual average of 135.8 μg/m3 was reached, followed by Ghaziabad, also in India, with 135.2 μg/m3, and by Faisalabad, in Pakistan, with an annual average of 130.4 μg/m3. Monthly averages greater than 200 μg/m3 were also measured.

Controlling and monitoring of air quality is highly recommended nowadays, especially in urban environments. Fortunately, a lot of governments are developing measures to solve this problem that affects the entire population. An example of this is Riyadh, where Meteosim is working to implement a pioneering system that allows managing the air quality of the capital of Saudi Arabia and its metropolitan area.

Meteosim attends the Network Weather Resilience Forum which was held at the headquarters of EUROCONTROL in Bru...
Oct 21, 2015  /  0 comments

Air pollution represents one of the most important health risks that currently exist. It is estimated that env...
Nov 27, 2019  /  0 comments